Computational Linguistics in the Netherlands 30

The 31st Meeting of Computational Linguistics in The Netherlands (#clin31) will be in Ghent, on Friday, 9 July 2021… https://t.co/j6tIWx0Ers 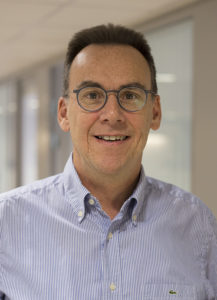 While research on dependency parsing has always had a strong multilingual orientation, the lack of standardized annotations for a long time made it difficult both to meaningfully compare results across languages and to develop truly multilingual systems. The Universal Dependencies project has during the last five years tried to overcome this obstacle by developing cross-linguistically consistent morphosyntactic annotation for many languages. During the same period, dependency parsing (like the rest of NLP) has been transformed by the adoption of continuous vector representations and neural network techniques. In this talk, I will introduce the framework and resources of Universal Dependencies, and discuss advances in multilingual dependency parsing enabled by these resources in combination with deep learning techniques, ranging from traditional word and character embeddings to deep contextualized word representations like ELMo and BERT.

Joakim Nivre is Professor of Computational Linguistics at Uppsala University. He holds a Ph.D. in General Linguistics from the University of Gothenburg and a Ph.D. in Computer Science from Växjö University. His research focuses on data-driven methods for natural language processing, in particular for morphosyntactic and semantic analysis. He is one of the main developers of the transition-based approach to syntactic dependency parsing, described in his 2006 book Inductive Dependency Parsing and implemented in the widely used MaltParser system, and one of the founders of the Universal Dependencies project, which aims to develop cross-linguistically consistent treebank annotation for many languages and currently involves over 70 languages and over 200 researchers around the world. He has produced over 250 scientific publications and has more than 14,000 citations according to Google Scholar (July, 2019). He was the president of the Association for Computational Linguistics in 2017.